Cilantro Chutney with Heirloom Tomato Salad will amaze your tastebuds. This Cilantro Chutney is a bold and spicy Indian condiment perfect for sandwiches, snacks and so much more. Have fun exploring the possibilities. 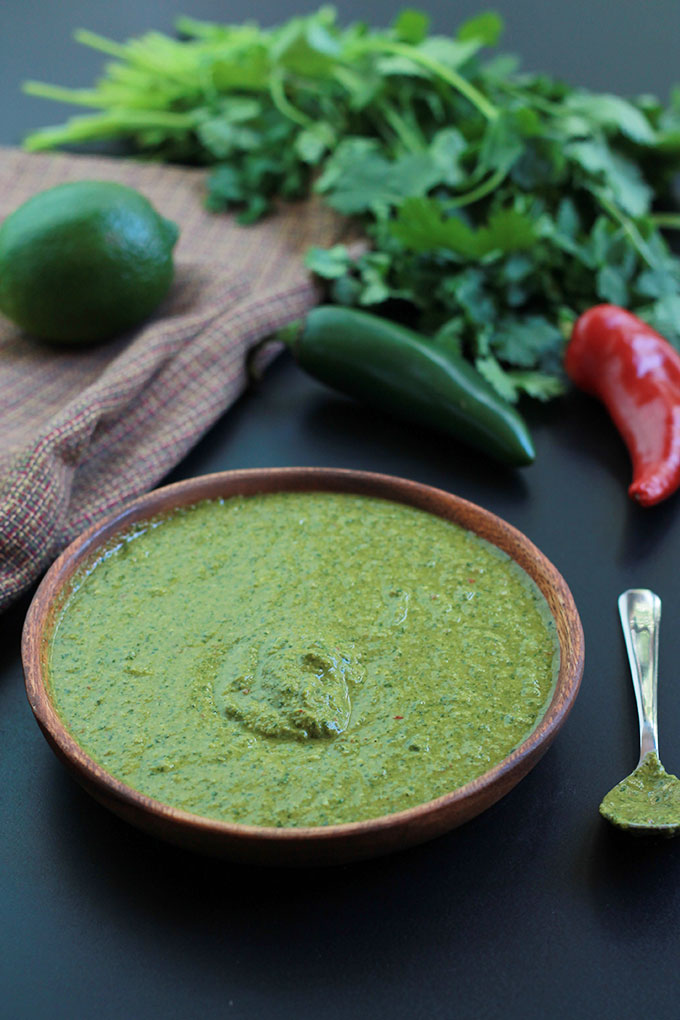 I came across this recipe for Cilantro Chutney, also known as Kothmiri Chatni, in the September/October edition of Eating Well.  The recipe includes two of my favorite flavors, cilantro and ginger. I've never had those two together before so I was very intrigued and ready to give it a try. 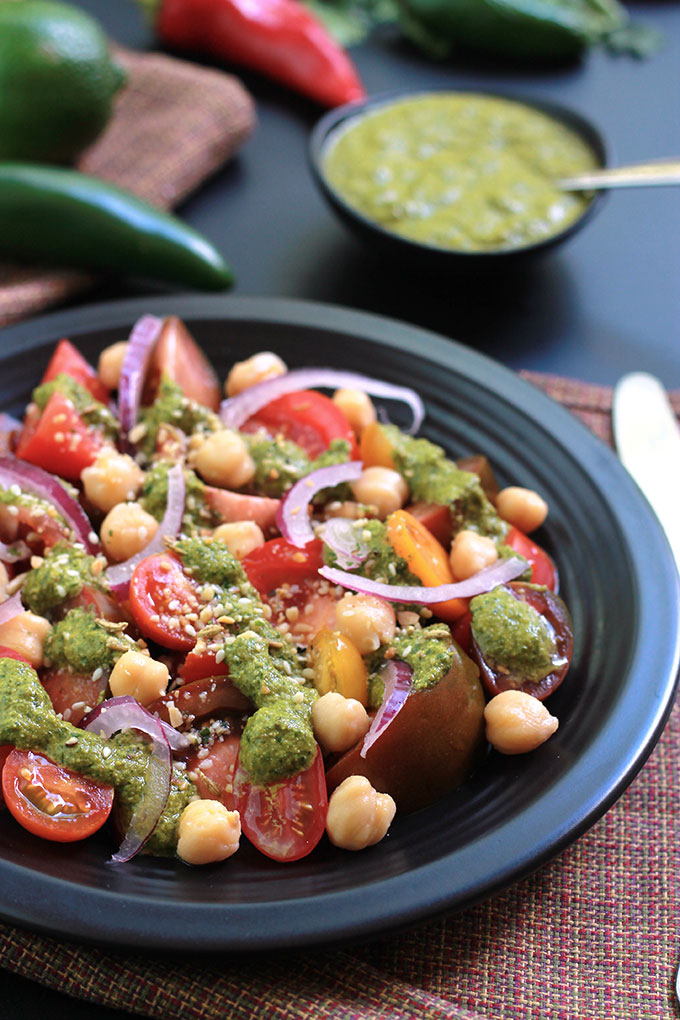 The article in which I found the recipe is about two Texas sisters who grew up in Houston but were raised on their mother’s native cuisine from the Western Indian state Gujarat.

After getting married both learned even more about Indian cuisine from their mother-in-laws, which includes the cuisine of Andhra Pradesh, a town in South India. Foods from this area are spicy hot with lot of garlic and ginger added to the mix. This Cilantro Chutney is spicy and delicious and I've been a bit obsessed with it lately. 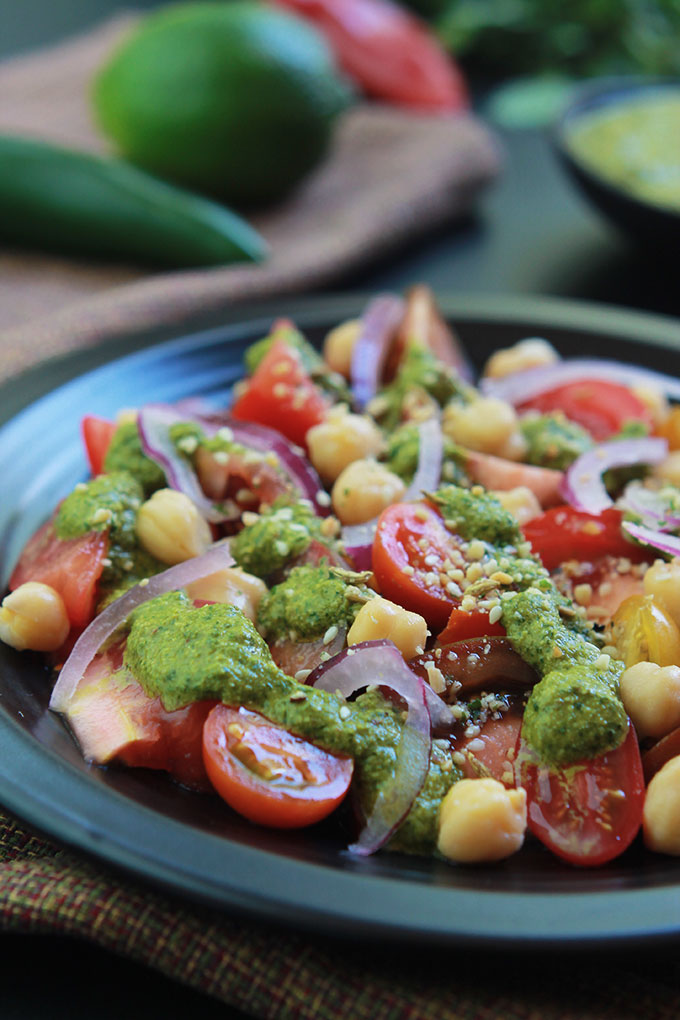 This basic Indian condiment is super easy to make. Everything goes into the blender or processor gets mixed and it’s done.  I did make a few changes however, instead of peanuts I used cashews because of my daughter’s peanut allergy. I also switched it up with the peppers, using one jalapeño and one fresno  instead of Serrano, wanted a heat I could handle.

The final change was the amount of cilantro, I used two bunches instead of one because using one yielded a very thin sauce, too thin for my taste. 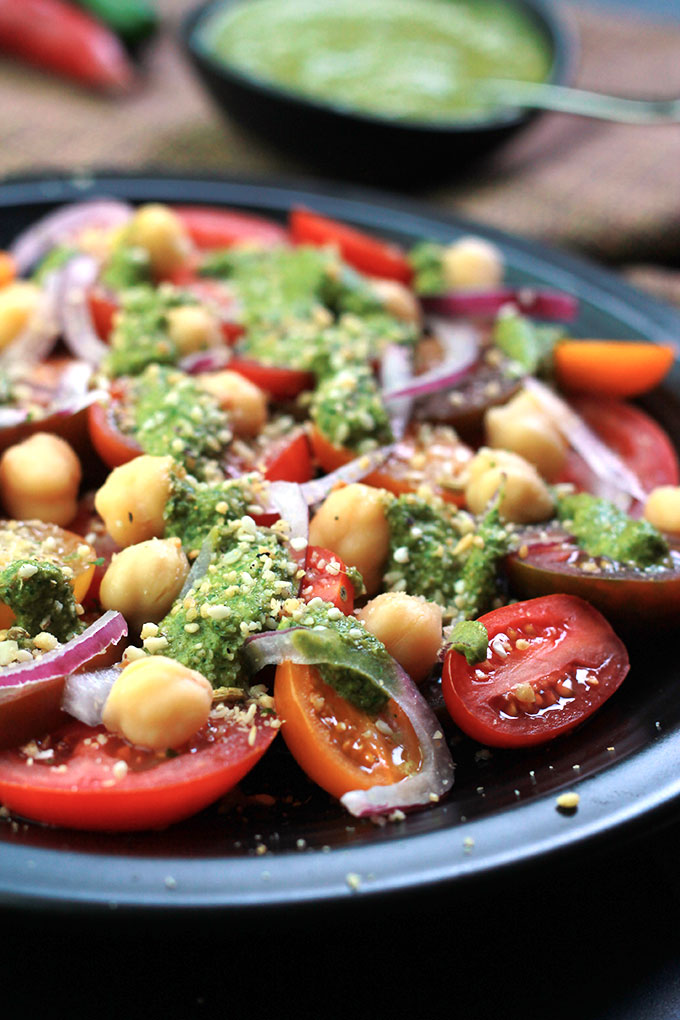 What’s nice is you can freeze this sauce and always have it on hand, that’s if you can stop yourself from eating on everything. It’s good with eggs, soups, sandwiches, tortilla chips, salads and the list goes on and on.

It is absolutely amazing on this heirloom tomato salad. I usually sprinkle on balsamic glaze but using the Cilantro Chutney is a nice change. The final crowning touch was a sprinkle of Dukkah, want that recipe go here.

If you make this recipe or a version of it, take a picture and share with me on Instagram, tag it #thewholeserving or leave a comment below. I’d love to see or hear about your version of this Cilantro Chutney with Heirloom Tomato Salad. 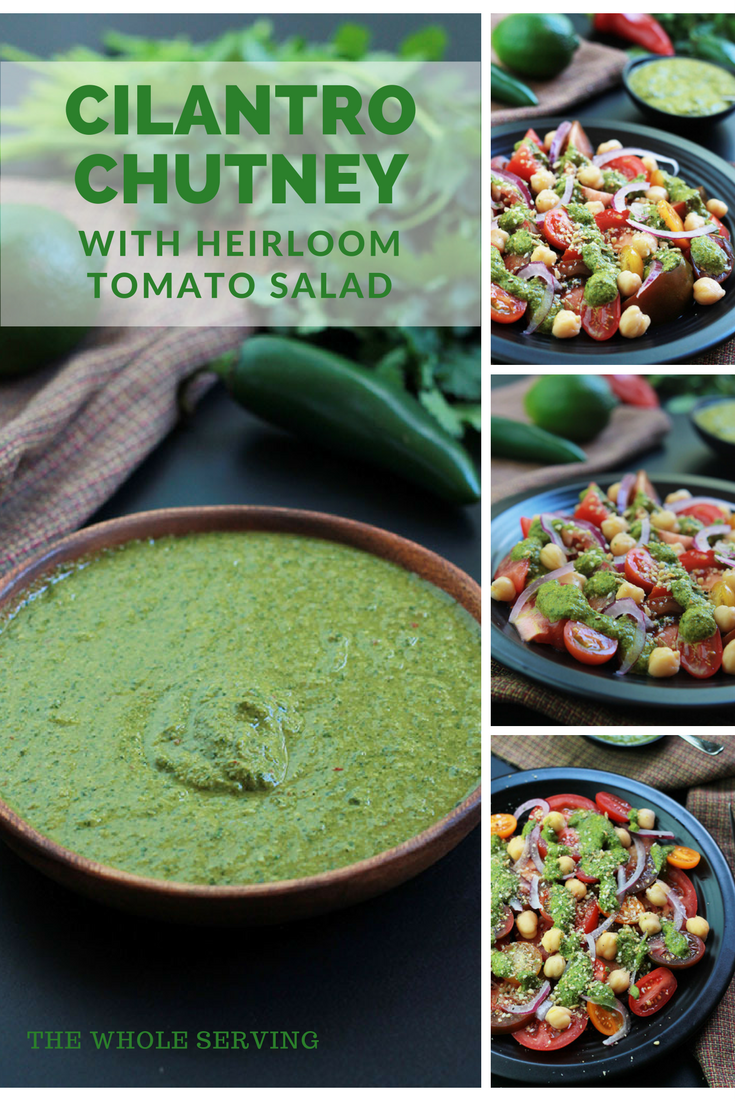