Welcome to Pretty Pintastic Party #193 & the Weekly Features! This week features are tasty treats, craft projects. Check them out along with the other links below and have yourself an awesome weekend! 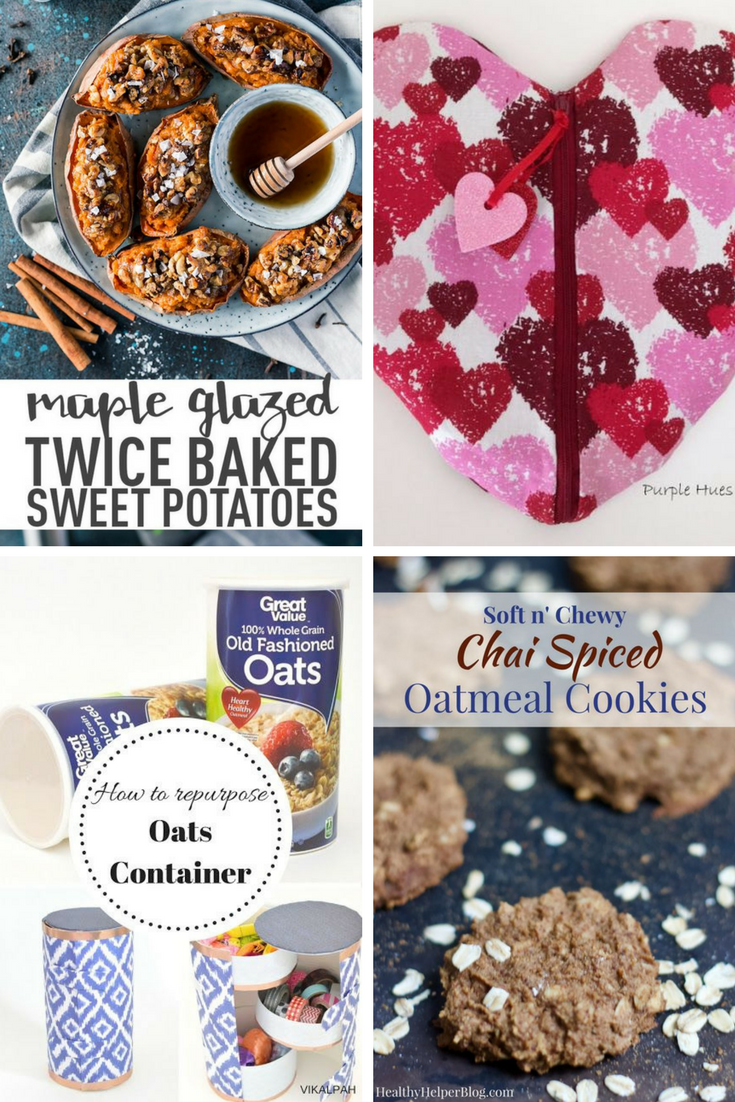 No-sew Heart Pouch from Purple Hues and Me

How to Repurpose Oatmeal Containers from Vikalpah