This week's features has what you need to get ready for the busy holiday season. Creative holiday DIY t-shirt, quick and easy meal, pumpkin recipes and helpful ways to keep your home clean. Check them out and have a Happy Friday! 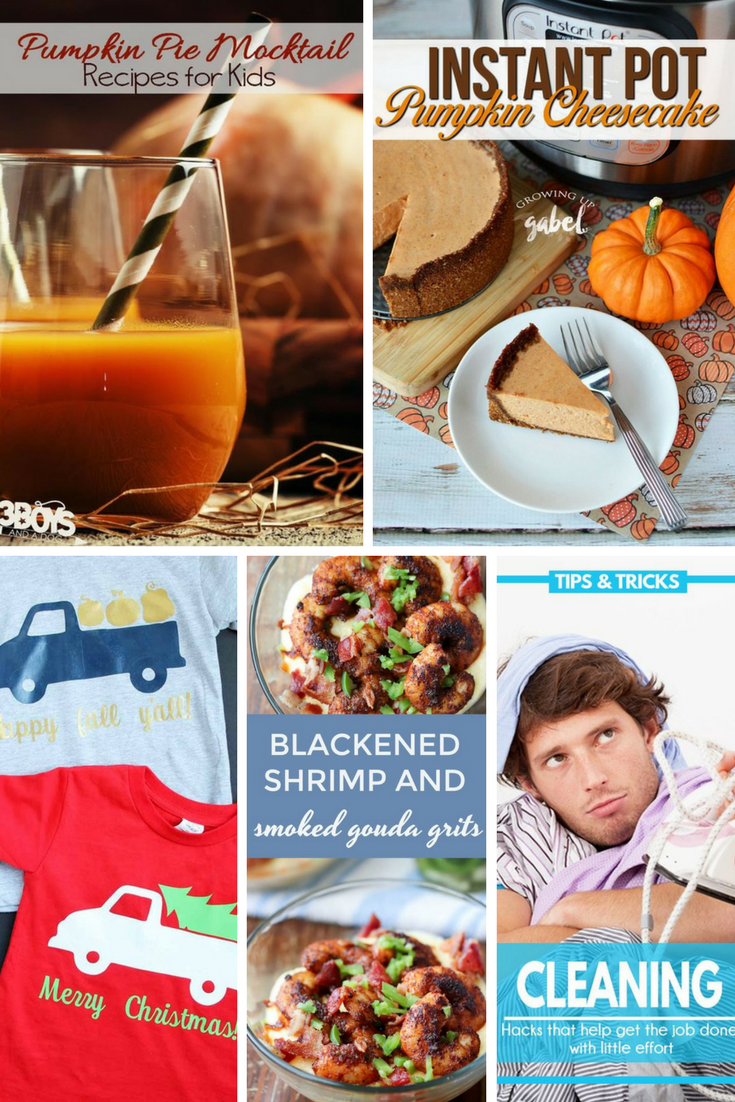 Pumpkin Pie Mocktail from 3 Boys and a Dog

Blackened Shrimp and Smoked Gouda Grits from This Gal Cooks