If you need some last minute costume ideas, various ways to wear your jeans this fall and winter, easy soup recipe or tasty sweet treat, this week's features are perfect for you. 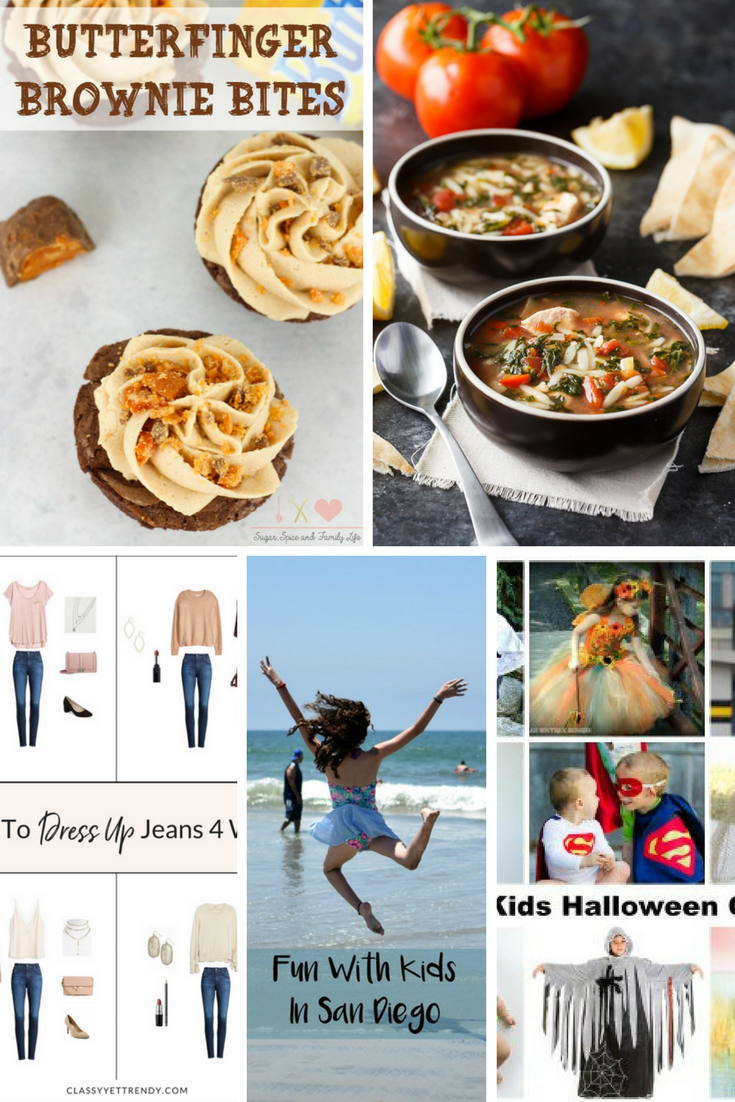 Butterfinger Brownie Bites by Sugar, Spice & Family Life How to Dress Up Jeans - 4 Ways by Classy Yet Trendy 10 Last Minute Halloween Costumes by Dazzle While Frazzled Greek Chicken Orzo Soup by Simply Stacie Fun with Kids in San Diego by Not in Jersey