Welcome to Pretty Pintastic Party #158 & 8 Clever Planter Projects, my favorite from last week's party. I don't have a green thumb, but I love to try, and these planter ideas makes trying fun. Check them out over at Making It In The Mountains and don't forget to check out the other features of the week. 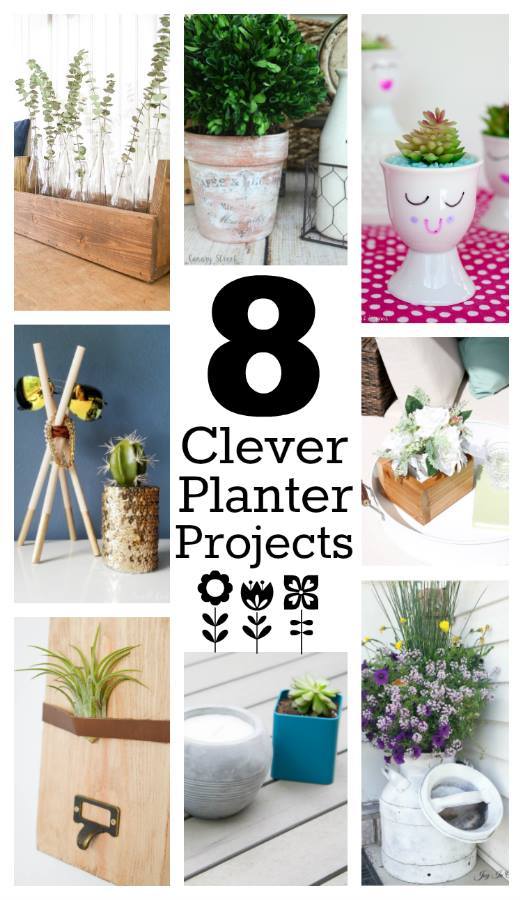 Photo Source: Making It In The Mountains