Welcome to Pretty Pintastic Party #145 and my favorite pick from last week.

I hope you've had a productive week and you're ready for our weekly party of awesome links. My favorite pick from last week are these beautiful Lemon Sage Shortbread Cookies from All That's Jas. I love the combination of the lemon and sage. I'm going to try making them with Earth Balance vegan butter sticks, I'll let you know how it works out. 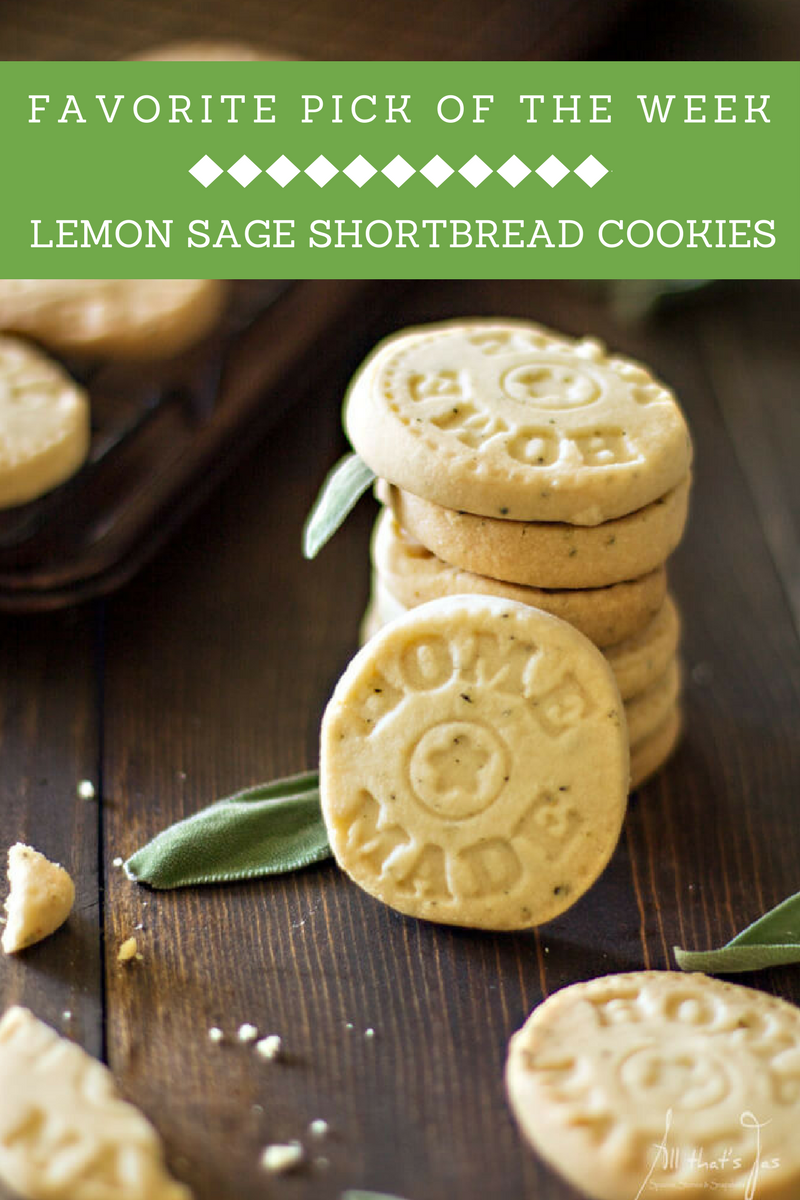