Welcome to Pretty Pintastic Party #134 and my feature pick of the week. It's hard to believe we are in the final week of 2016, where has the time gone?  I'm excited about my feature pick this week, it's a holiday project  I found over at The Turquoise Home, a DIY Christmas Lettered Pallet Sign plus an O Holy Night free silhouette cut file. It's absolutely beautiful. 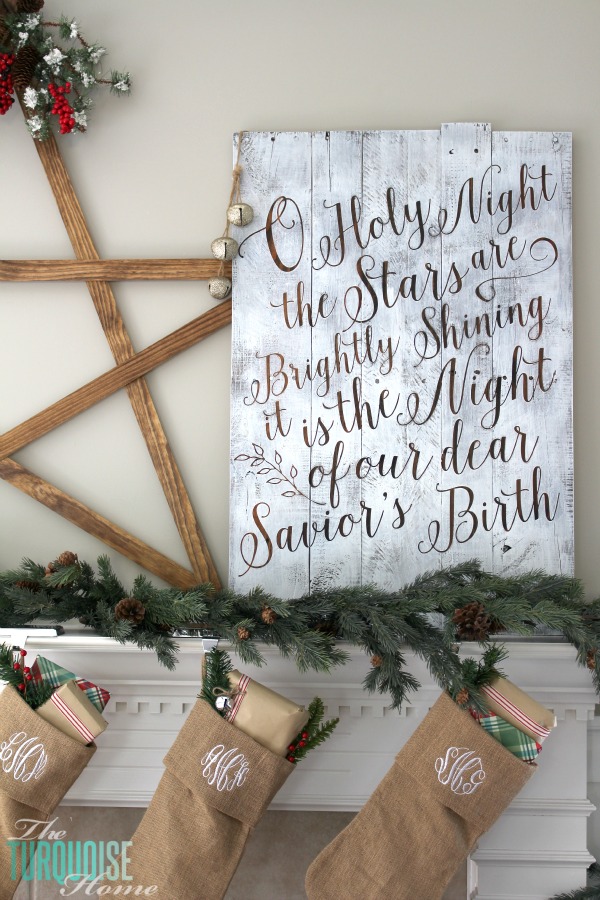 Vegetarian Green Naan Wraps from Bigger Than the 3 of Us

Santa Stuck in the Chimney Rice Krispie Treats from Oh My! Creative